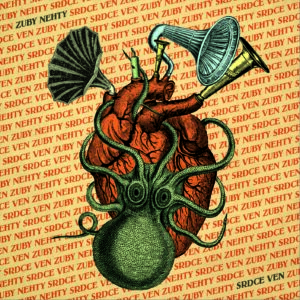 at the very beginning, two friends, Hana Kubíčková and Pavla Fediuková from Štěpánská high school in Prague went home and thought which band they will put on when they throw away their schoolbags to the corner, and well, Hanka said, "The Gas".
And thus the band got its name. Hanka and Pavla played together in their room guitars. Then Tomáš Míka introduced Marka to them. She sat behind the piano and pounded on it with all her might. Hanka drummed on a box instead of a drumset. Later on Kateřina Jirčíková joined on flute and saxophone and Eva Trnková on guitar. Lyrics and songs began to appear and the group entered the Czech music scene.